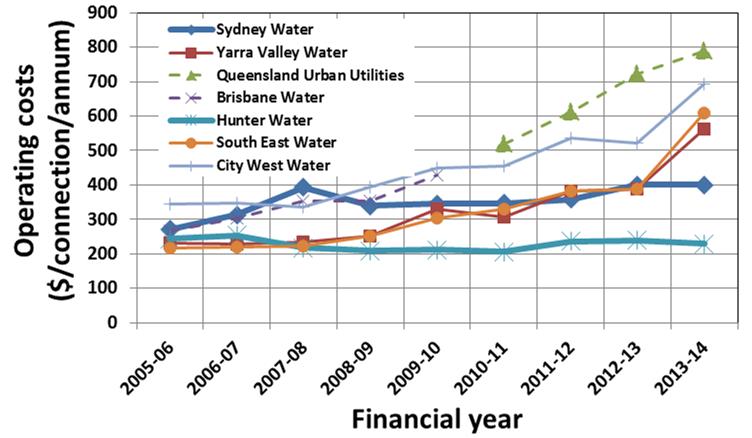 On Wednesday 21 October, our paper addressing the impacts of engineering and economic assumptions on government policy was presented to the WSUD2015 Conference. This discussion provided audited water industry data to highlight the dramatic impacts of assumptions on government policy. A combination of actions, strategies and solutions across multiple scale avoided a disaster in our cities. However, since the end of drought there has been a rush to dismiss most solutions within our cities in favour of water grids supplied by large scale water security infrastructure such as desalination and drinking wastewater. Do we fully understand the economic and environmental costs of these policies?

Is this a wise strategy? It should be noted that the Queensland Audit Office investigated the performance of the South East Queensland Water Grid and found that the benefits of water grids were overstated and the costs were under-estimated. A partial counting of costs was highlighted. Moreover, genuine Systems Analysis is required to understand the performance of Water Grids – addition of water yields and partial costs from separate analysis will always over-estimate the water security outcomes and under-estimate the costs.

A reality check: the full audited costs for the SEQ Water Grid with Desalination and the Western Recycling Scheme are greater than $32,301/ML. The actual audited operating costs are $3,248/ML for desalination, $4,419/ML for the Western Recycling Scheme and $781/ML for the water grid. These are water grid costs are additional to the current costs of operating the local water supply network which are $3,257/ML for Queensland Urban Utilities (for example). Thus to total average cost of the planned water supply options for SEQ are greater than $8,457/ML – this is $8.46/kL. However, using data from the Queensland Audit Office, this cost may be higher than $12/kL. Acceptance of a water grid was the only water supply solutions will lock Queenslanders into even more steep price rises for water supply.

But the environmental and climate change impacts are extreme with additional Greenhouse Gas Emissions for each ML of water grid supply is 3,300 kg – as such the whole of system Greenhouse Gas Emissions for water supply to properties in SEQ will be greater than 5,000 kg/ML! And the dismissal of solutions within urban areas such as water efficient appliances, rainwater and stormwater harvesting as a potential supplementary solutions also significantly increases the waterway and receiving water costs. It is likely that separate analysis of these alternatives has obscured the benefits of an integrated strategy.

The same can be said for the Greater Melbourne region and Victoria. Moreover, the politics of the previous government realising that local and integrated strategies are needed for economics reasons seems to have further locked Victorians into a very high priced future. If we considered that the audited average operating costs of bulk water supply from Melbourne Water are greater $3,411/ML, greater than $2,704/ML for City West Water and operation of the desalination plant is likely to be greater than $3,250/ML. So the total average operating costs for Melbournians for sole reliance on a Water Grid supplied by desalination may be greater than $9,365/ML – this is greater than $9.37/kL.

But our work for the previous government revealed that the Greater Melbourne systems included substantial cumulative costs (not average) to supply water to properties which drives a large variation in the operating costs of water supply – for example, the full water supply operating costs to the western and northern growth corridors expected to accommodate the population growth of Melbourne may be greater than $20/kL at some locations. But the climate change and environment costs are far higher for Victoria with Greenhouse Gas Emissions of greater than 5,000 kg/ML – and exclusion of water efficiency, rainwater and stormwater harvesting (and real Water Sensitive Urban Design WSUD options in general) will dramatically increase nutrient loads to waterways and bays.  The loss of urban amenity and waterway values will be significant. Importantly, the mooted supply of desalination water via a water grid to regional Victoria (at the exclusion of other solutions) may cost more than $20,000/ML to $50,000/ML to operate at substantial environmental and climate change impacts.

I am not sure that the states of Queensland and Victoria can afford to only include these solutions in the forward projections – the economic and environmental trade-offs are potentially massive! As the Greek Philosophers highlight “Qui Bono” – who benefits from this? If the policy decision is based on the argument to only allow free choice for all local solutions, the government should only be charging usage tariffs (no fixed charges) from their large scale monopoly supply to allow the beginnings of genuine choice of supply to consumers. 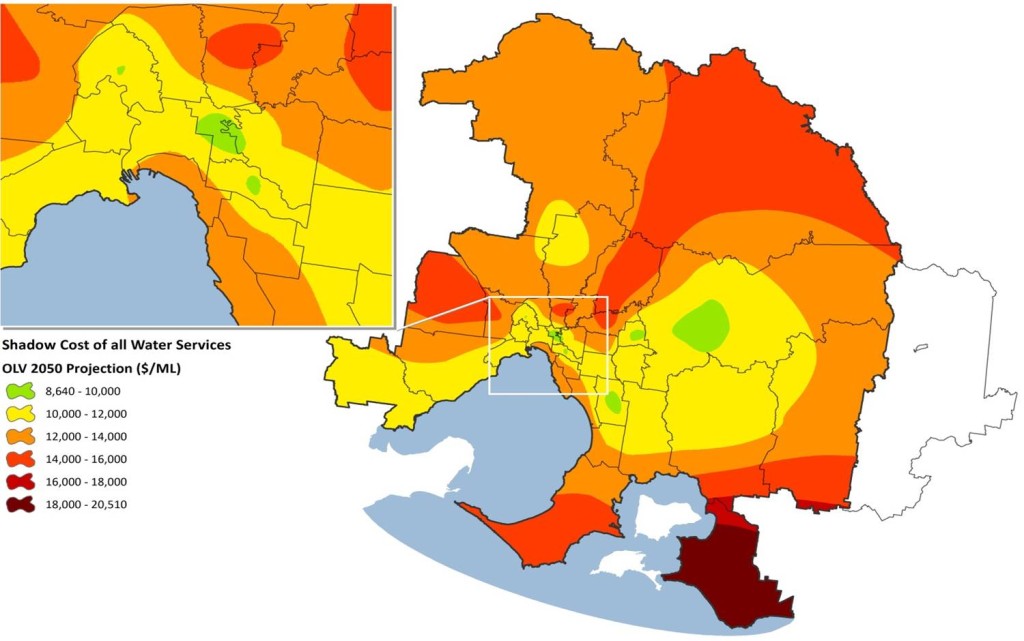