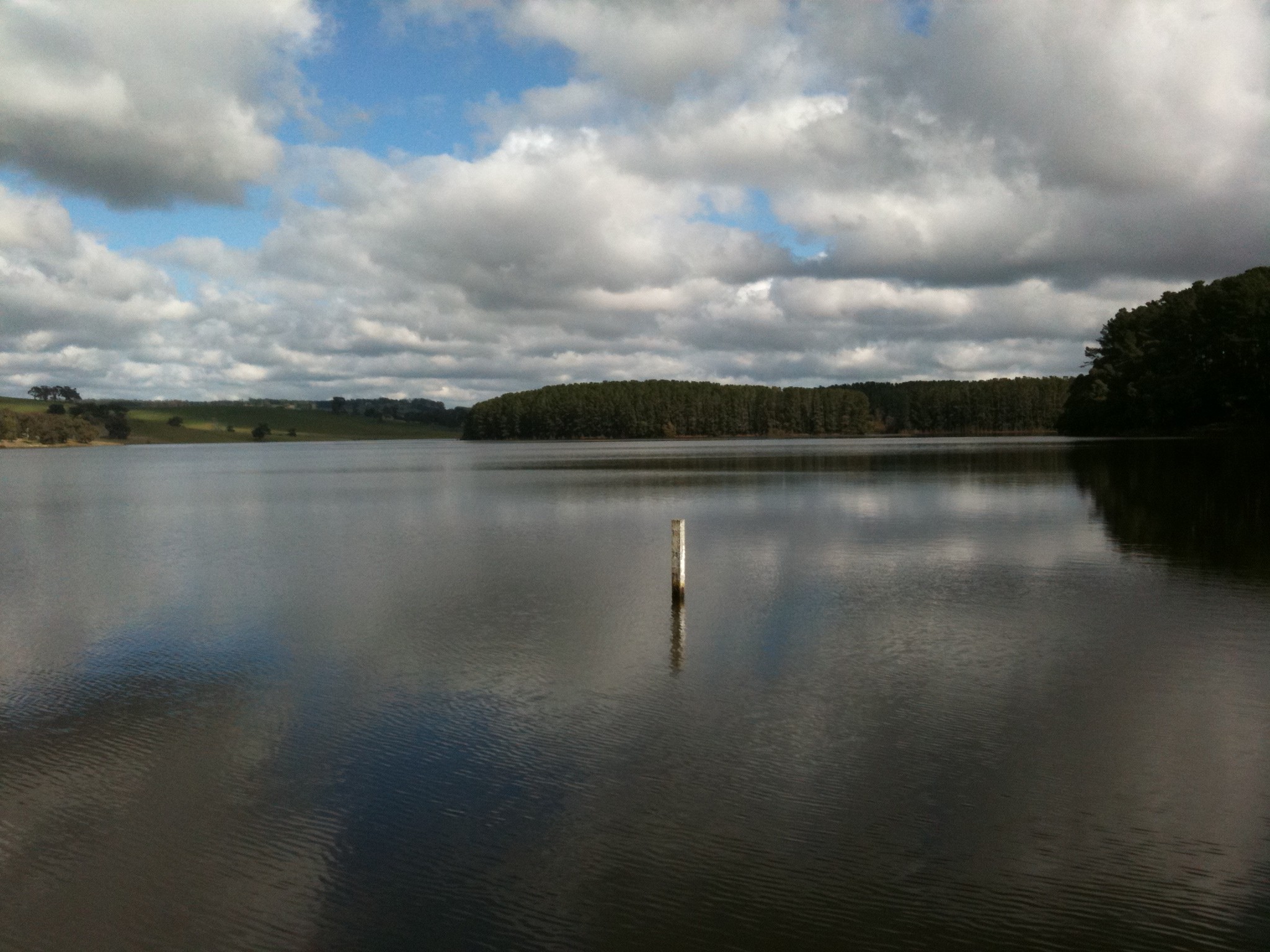 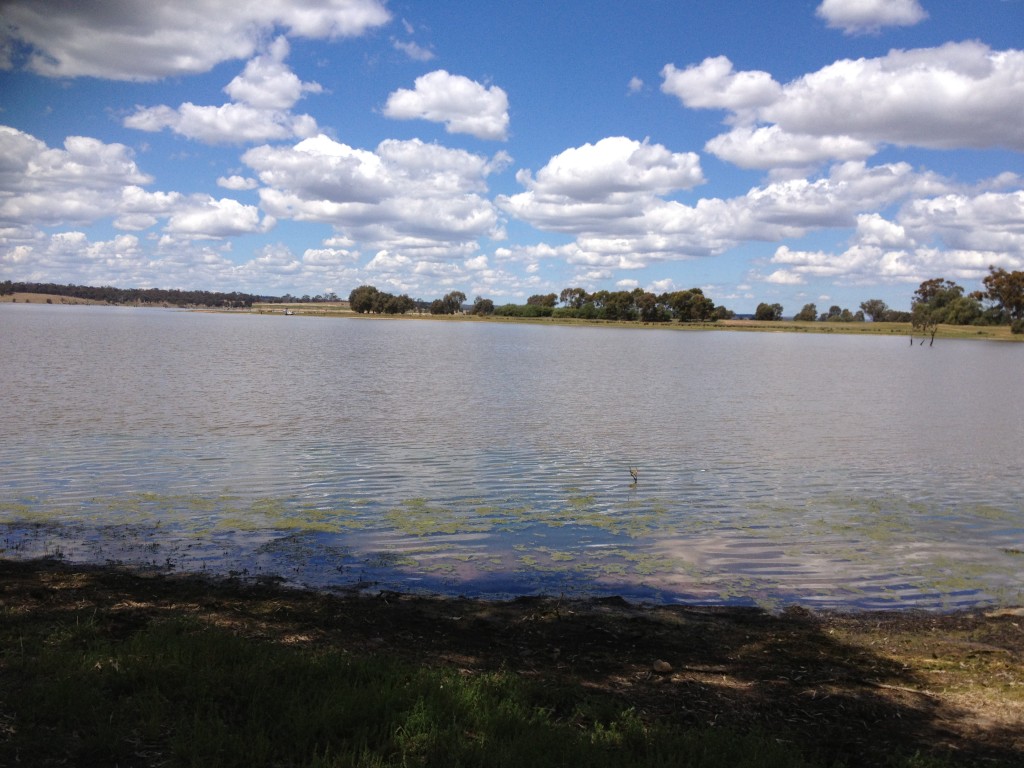 This heading, from a newspaper article in The Age on 6 March, caught our eye from our respective desks, so we called up and had a yarn, and some questions came up for us. We typically investigate multiple data sources to fully understand these issues. We make a living from these kinds of questions but some of the answers were a little startling.

How much water are people using?

Melbourne residential water consumption was 135 litres/person/day during the worst of the drought and last week it was 215 litres/person/day (Melbourne Water). That was a bit of a surprise because water use was reported to remain low for many years after the drought. Looking at the data across the whole country there is good evidence of an average 27% increase in water consumption from 2007/8 to 2013/14.

What do we spend on water?

We looked at household expenditure on water. We are lazy, we like to call it efficient, so we started with some simple data and a graph using the most recent data from the ABS Water Account for 2013-14. 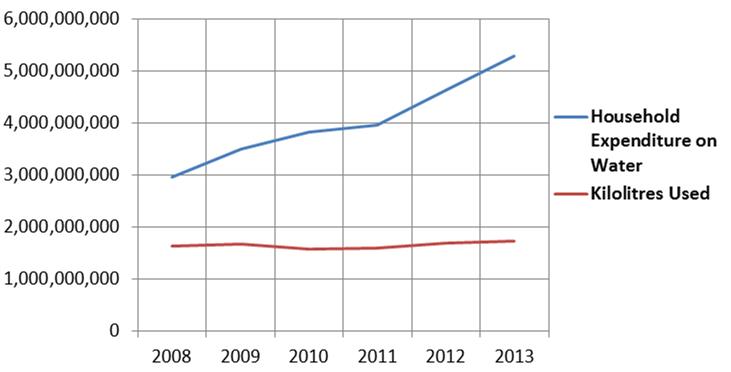 Australian households seem to be spending $2 billion more on water in 2013/14 than they were in 2008/9. That seemed to be a large number for a small increase in water consumption. Then we went to the massive virtual spreadsheet from the BOM National Performance Reports for all water utilities. This investigation revealed that national reporting (and commentary) does not include all water utilities. 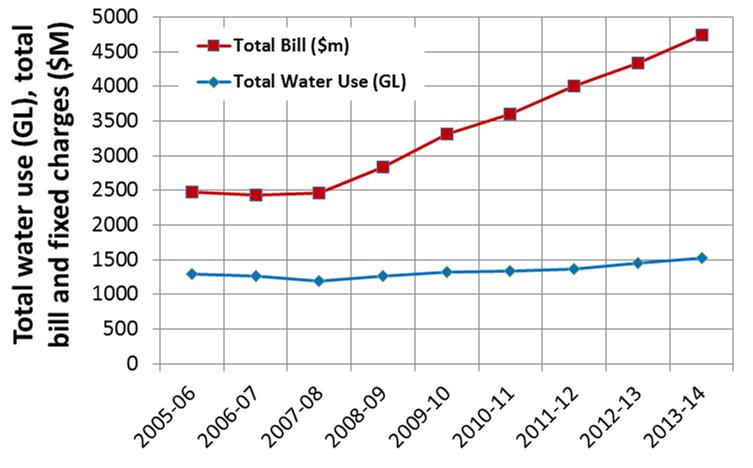 As you know, efficiency is the ratio of inputs and outputs, in this case $/KL. In 2007/8, the average cost of a 1000 litres of water for each household was $2.06 (total fixed and variable charges for water supplied). By 2013/14, the average household water charges for 1000 litres were $3.13. This is a potentially a 53% loss of efficiency of water delivery which impacts on household expenditure or household budgets. However, we noticed a difference between typical water bills and residential water revenue from audited national reports. It was noted that use of residential water revenue rather than the published typical residential water bill indicates far more substantial increases in household expenditure but this is a discussion for a different article.

How expensive is water security?

The biggest issue of the millennium drought was the risk of running out of water. We needed to increase the security of our water supply. Australians increased the resilience of water supplies by changing their behaviour, harvesting rainwater and by making households more efficient.  They used a lot less water. Since the drought Australian water utilities have invested in new infrastructure to increase water security, new pipelines and, of course, desalination plants. From 2006 to 2012, Australia built 6 desalination plants, they were expensive but water security costs a lot of money, if you decide desalination plants are the best option. Some of these security costs are probably showing in the 93% increase in household expenditure for water.

Is the pattern of Household expenditure increases consistent across Australia?

NSW is a special case. The BASIX program in NSW requires a 40% water and energy savings on the design of all new houses compared to the 2004 average. It was implemented in 2004 and it has been running for more than 10 years, potentially creating cumulative impacts on household expenditure and utility costs.

So we separated the data. We restricted the data to typical water bills/connected properties (average household water bill) to take out differences in the number of connections and new connections. We also restricted the range to major water utility providers and we separated NSW major utilities, Sydney Water and Hunter Water, from major utilities in the rest of Australia. 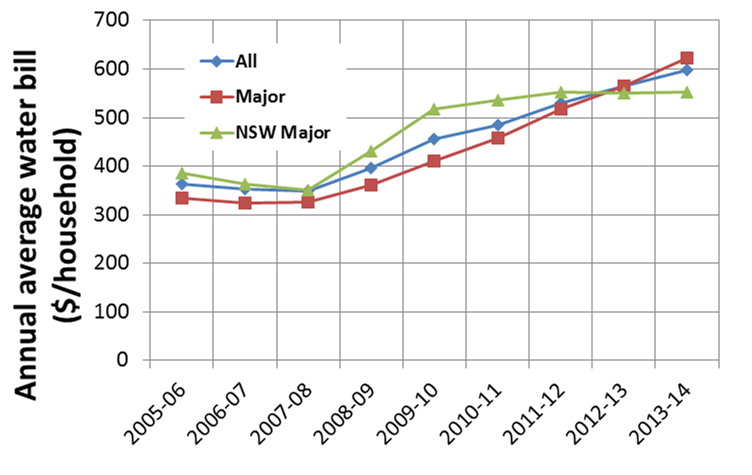 Given that it is March and both AFL and Rugby are kicking off it would be remiss of us to show the data without providing match statistics for Sydney and Melbourne. 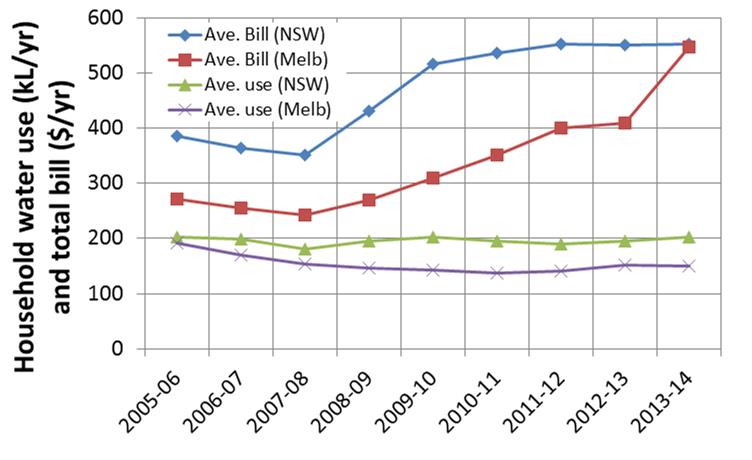 We have concentrated on household expenditure on water but of course the reverse side is the costs borne by the water utilities themselves. Extending the Sydney – Melbourne comparison since 2009-10 Melbourne experienced 76% increase in operational costs and Sydney only experienced a 10% increase.

Desalination is one of the many tools for provision of water security in Australia. However the important question is whether or not it is the best solution. NSW has 10 years of data showing that something is very different in that State compared to the rest of Australia and Melbourne, and one consistent feature affecting water management across the whole state is the BASIX program.

Australia is considering a second round of desalination plants. We may be able to provide water security without another 93% increase in household water expenditure by combining different types of technology. Centralised infrastructure solutions could be combined with supplementary decentralised solutions like water efficient appliances and rainwater harvesting in the BASIX program. These combined approaches may mitigate growth in household expenditure and water utility operating costs.